Christmas is upon us once again, as we enjoy a sumptuous lunch.

It all being a rather quieter affair this year.  Lord Posh popping round later, and The Slaggs away on their honeymoon:

Marjorie, naturally, was dissatisfied at her generous array of presents: 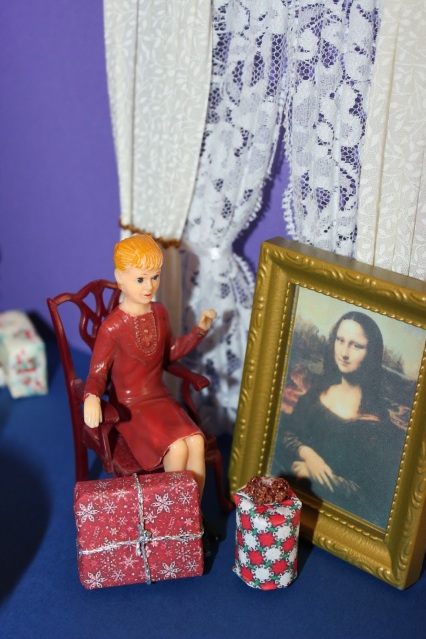 After all the trouble and expense one went to! 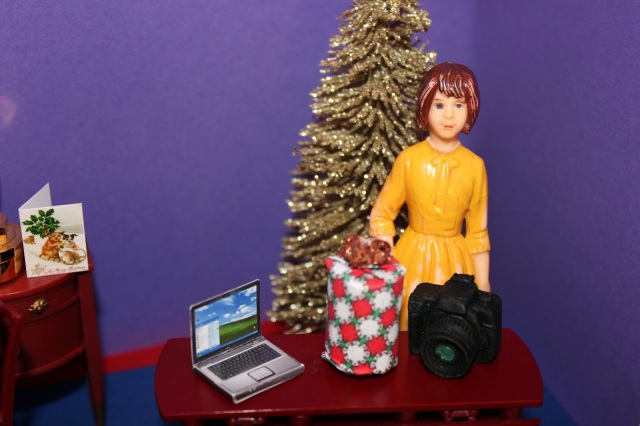 And there’s Lavinia sneering at her state-of-the-art gifts.  A great asset for this “media” studies course she insists on doing. 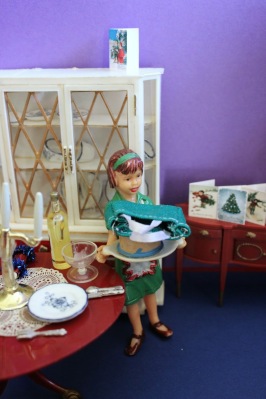 Mary, continually dissatisfied with her Christmas box, simply helped herself to the credit card and got her own.

Fortunately for her, we turned a “blind eye”, what with a severe shortage of staff, and the fact that she only purchased cake mixes. 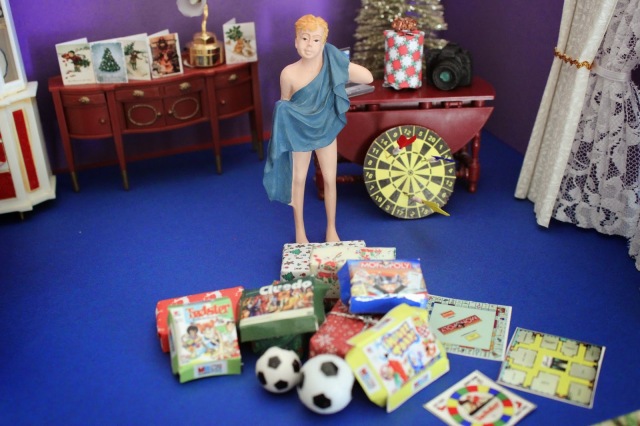 The one shining light was that it was nit-boy’s – I mean, Alfie’s first Christmas with us.  And the first time he has received proper gifts, and not dragged around gin palaces.   It brought me great cheer to see toys in the house again.

However, despite the opulent cheer, a shadow fell over me.

Since the “scandal”, it is likely that the BBC may axe my show.  Axe me, in fact.

It was but a mere “slip up”, however, word got out.  Thanks to bloody Bella, who was not all she seemed! 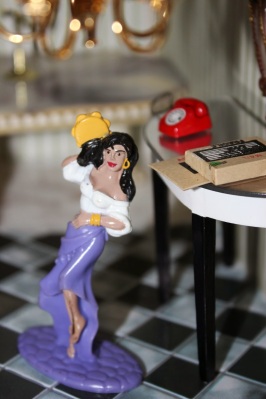 Turned out the cow wasn’t an Eastern European cleaning cars in Tesco car park.  Nor a part-time scrubber.  She was Bella Banque-Smith from a national daily, sniffing out a story.

Upon discovery, we turned her over to Mrs   Slagg for a good “leathering”.  As a gesture of goodwill, we have sent a Christmas hamper to her in hospital.

But the damage has been done.  We have been exposed by the media.  I broach this with my dear wife:

“Oh, that’s alright, my dear.  As long as we’re together as a family.  That’s all that counts.”

I couldn’t believe my beautiful wife’s loyal response to returning to poverty after enjoying riches again for such a short time.

“Really, my love?”, I breathed, my heart thumping.

“No!!  You stupid sap! You know me by now,
Paul!  Now give me more fucking presents!”

God! That woman could be shallow sometimes!

Now the Christmas party has fallen into slight disarray, we say Merry Christmas from the Amanda-Ann’s!