Paul goes to put the rubbish out, and gets an unpleasant surprise! 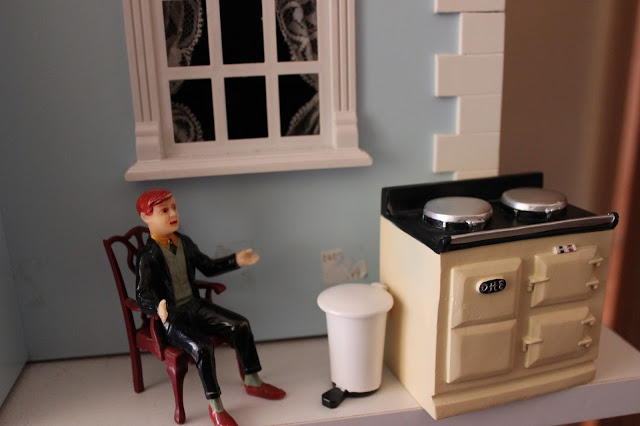 “What the blazes, Slagg?!  Do you know how much that Aga cost? “
“It was a pile of shit, Mr Paul.  Rustic this and rustic that…..  You want a proper cooker!”
“This is not the seventies!”, Paul retorted, “Where the Hell did you get that thing?!”

Paul sighed.  Ever since Mary had escaped the open prison and turned to crime, life had become difficult.

“And also, Sir, it never did you no harm growing up with one of these.
Besides,” Mrs Slagg added craftily, “You have your Son and Marigold
to occupy you.” 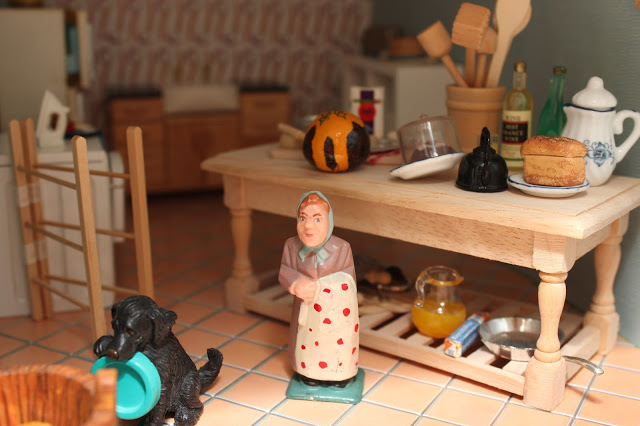 This was a very sore point indeed.  Despite Marigold’s sunny disposition and bearing him his second son, Paul had become tired of her and longed for Mary’s bawdiness.

Guiltily, Paul had been harassing the Council to get her re-housed.  He hadn’t told Marigold yet.

He went ranting to his wife about the cooker injustice: 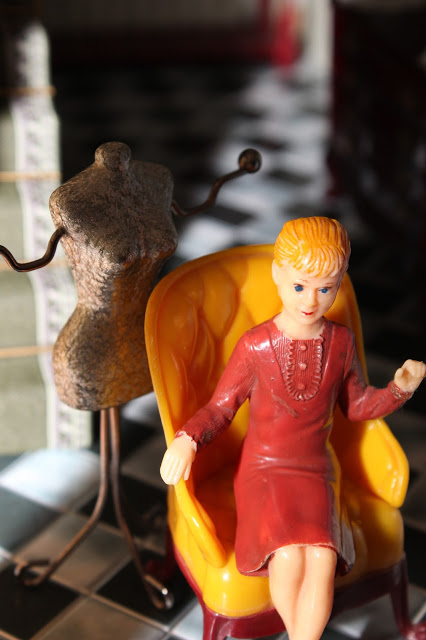 Who was no help at all:

“My food is in a glass, dear Husband.  Why don’t I get that nice Marigold to “sort you out”.

Paul sighed.  It was hopeless.  The whole world was against him. 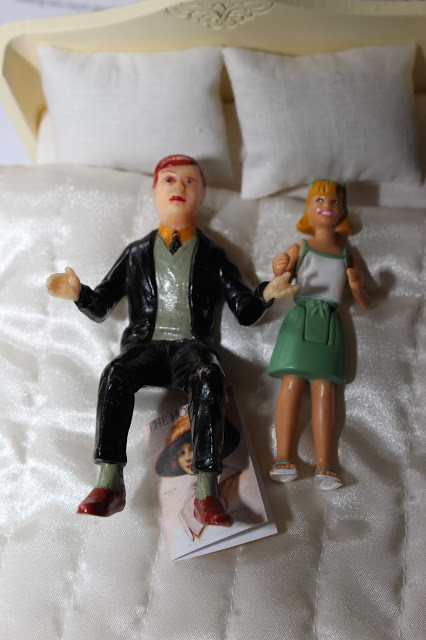 He ranted about this later to Marigold in bed.  She clucked sympathetically.
Paul kept quiet about the Council re-housing though.

“Thank God it’s bloody teatime!  Hang on….what’s this?  Egg and chips (with baked beans?!).  Haven’t had this since I was a boy, hiding from father!”

Paul ate heartily, along with his bread and butter pudding and custard.  Then he sought Mrs Slagg: 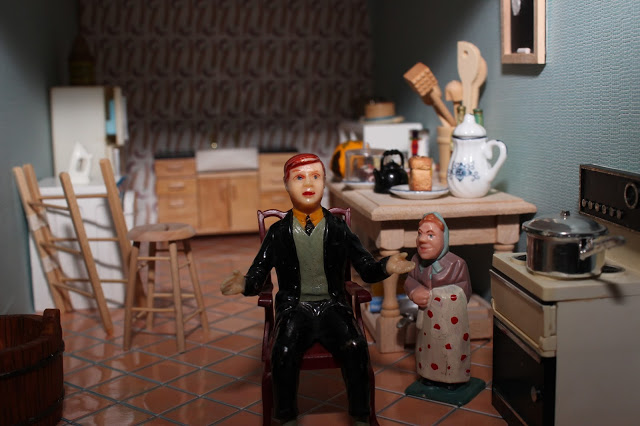 “Topping food, Mrs Slagg!  Yes, you can stuff your mushroom bakes and haddock soufles!  Fry ups are the best!”

“You see, Mr Paul.  It was the right move, and I can reach the thing!”

Watch this space for a new series coming soon……..